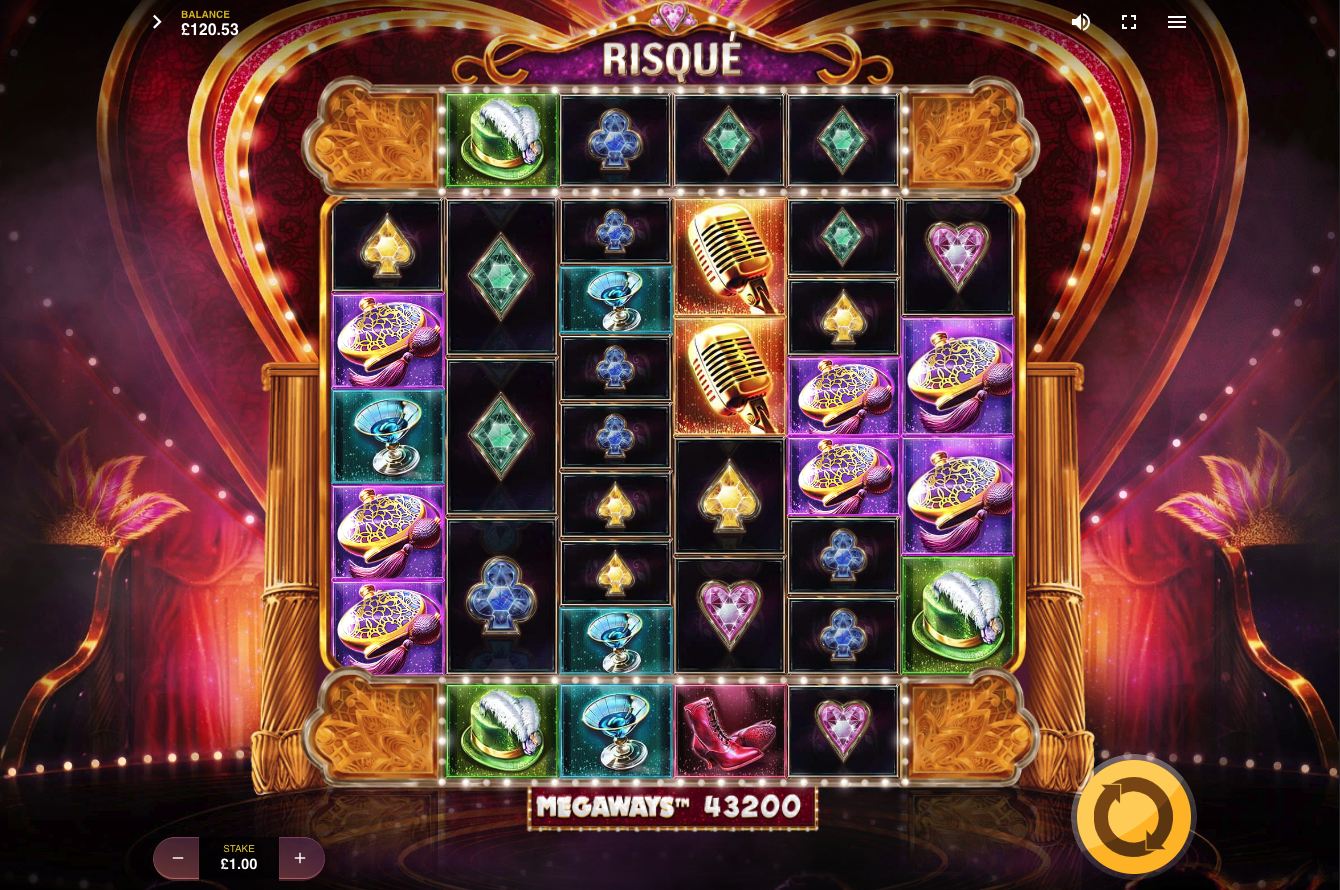 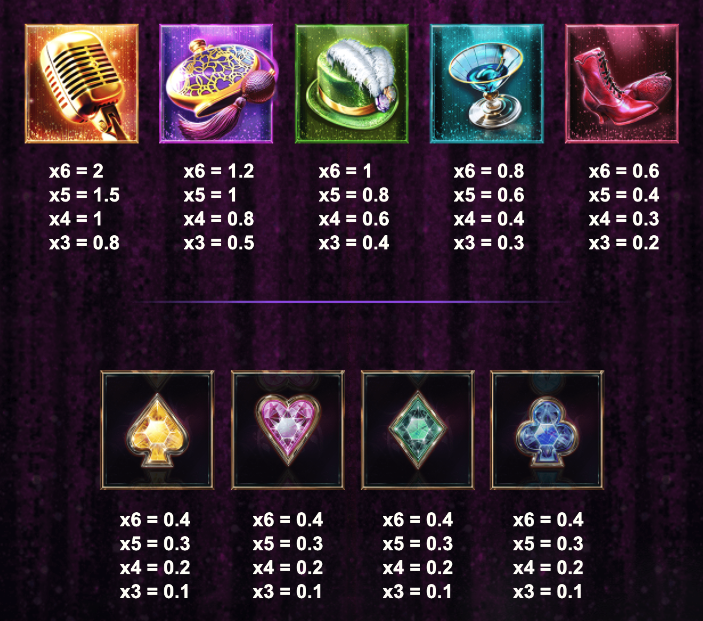 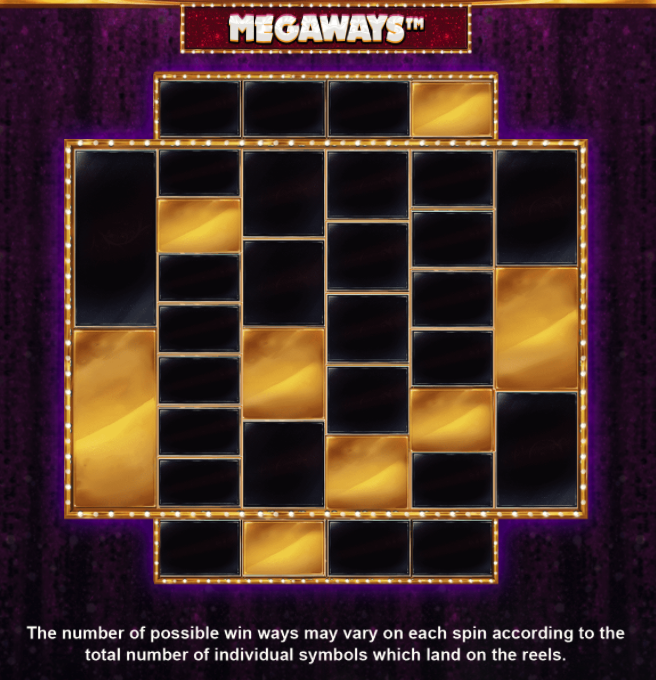 The glamorous world of adult entertainment hits the spinning reels in this online slot from Red Tiger Gaming which comes with all the trappings of a night at a burlesque house; it’s called Risque Megaways and it offers players the chance to win big in the free spins round, three progressive jackpots and up to 321,489 ways to win.

Risque Megaways is a six reel slot with one of the more unusual Megaways payline setups because here there are horizontal reels above and below the main set which means a potential 321,489 ways to win with maximum rows in play. Play in full screen and the glitzy stage forms the backdrop to the sparkling, glowing reels.

High value symbols include the microphone, the green hat, the cocktail and the red boots; playing card symbols fashioned from crystal make up the lower values. Special symbols include the fan and the free spins heart. Collapsing reels are the order of the day here so any symbols I a winning spin will disappear and be replaced by more falling in from above, potentially continuing the process.

The fans only appear on the horizontal rows and what we want is for them to appear above and below the same reel; if this happens the whole reel will transform into one of the regular symbols or a wild. If there’s no win a different symbol will be revealed and this continues until a prize is won.

This is triggered by landing at least three of the free spin heart symbols anywhere in view for which you’ll receive an initial ten free spins – any hearts landing on reels one and six when the round starts will award one extra spin.

The fans are also active during the spins but once they’ve matched up on a reel they won’t disappear after a win, staying there until the feature ends and applying a random multiplier to any wins. There’s also a global multiplier displayed in the top right hand corner which will increase by 1x with each win up to a maximum of 20x.

This is triggered from the base game by landing three of the jackpot symbols which will award either the Daily Jackpot, Super Jackpot or 10 Minute Jackpot shown to the left of the reels.